Our winner for March is a little late, but he’s still getting that refund. Scott Lawrence owns 2000 Buick Century and couldn’t happier after installing the PRO Module. I bet he’s even happier after winning his money back! Thanks Scott for the feedback and for sharing your story and pictures. 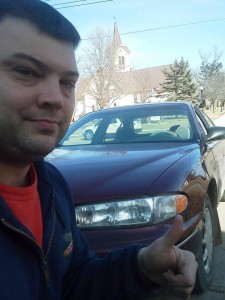 Scott writes: “After a lot of messing around with so called fixes and resistors, not to mention shop bills, I purchased a Newrockies module. It was pretty easy to install. Now my 2000 Buick Century doesn’t miss a beat! No more waiting for 15 minutes for my car to start, No more hassles, No more excuses for being late! It starts every time! Thanks Newrockies!”